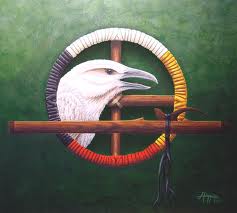 There are many stories that explain the origin of the Native American Flute. Since my knowledge is only of what I have touched and felt, I do not know. But my grandfather told me that each one was made through the direction of a shaman. They used each individual’s arm and hand and fingers as their guide to its dimensions. In doing this, each one had its own sound and was as unique as the one who made it. The flutes were used mainly in courtship, but was also used for spiritual healing and growth. I believe he spoke the truth. 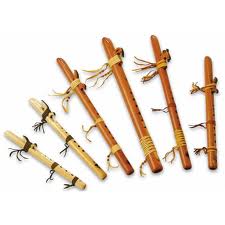 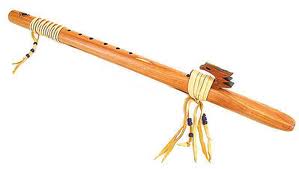 In today’s day and age, it is still used for spiritual needs. I do not know if it is still used in courtship. I have not seen it firsthand. But it is also used as a solo instrument and an accompaniment instrument with other instruments. Now they are usually made to exactness with pitch and scales that are conforming to the musical scale of today.

The old ones and some of the new ones are two pieces of wood tied together with leather straps. The parts on top were named a bird and a nest.  Today most of them are glued together, but made in the same way.

It has a blow hole that also has a slow air chamber. This chamber directs the air through a narrow strip (the nest holding the air in with the bird), and then the air is split at the air hole. Part of the air goes through the sound chamber and part goes out. It’s actually kind of complicated and has to do with the speed of sound at different frequencies and I’m not going to get into all of that here, however, by which finger you use on which hole dictates the pitch of the sound. 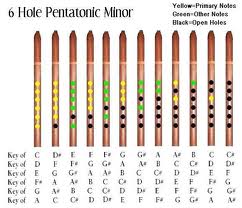 I personally have made quite a few and plan to make a video of some of them. Perhaps you will see it.

There is no sound on earth that sounds like it, at least not that I have heard. It is truly one of the great gifts from our creator.

Here is a video I made:

I hope you enjoyed this article.

How to Play Pinch Harmonics