Actually what I am going to write about is the difference between tubes and solid state transistors. When amps first hit the market, the only thing available was tube amps. Transistors wouldn’t come along for decades later. So initially, that’s all there was to work with. It was the only show in town.

To understand what a tube does, it amplifies its input. Or I might say, “It takes something coming in and makes it bigger.” Well, basically transistor do the same thing. They take same thing small and make it bigger. Modern technology was trying to eliminate all the problems they encountered with tubes. And what are these problems? Well, I’m glad you asked. Tubes run hot. That is their main downfall. To rectify that in the past they made the amps bigger so there was more air space to cool them. Also the wiring was a little bulky. All this also made the amps heavy to carry around. So the engineers, armed with transistors, resistors, diodes, and the like, set out to make these amps better. They tried to make them cooler, lighter, and remove some of the clutter inside. And for the most part, they did. So now, why (with all of the breakthroughs in modern technology) are most of the sought after amps still tube amps? If you asked most musicians that question, most (if not all) would say, “The sound.” So let’s look at the differences between these two to better understand the reasons why.

Tubes are basically just little glass bottles with metal plates inside and the air vacuumed out of it. Tubes take the sounds that your guitar (or anything for that matter. Bass, vocals, etc.) and amplify it. Without getting too complicated (on a guitar) your pickups receive the string’s vibration and send that signal to the amp. Inside the amp, the tubes take that signal and make it bigger. And, as long as it can, the tube will make a clean sound. Well, when you overload the tube by running a lot of sound through it (either by wattage or a lot of signal being input to it), the sound comes out distorted from the input. It makes that gritty sound that we call “distortion”. The sound wave distorts because it can only handle so much and it chops off the rest. It holds onto as much as it can, but it has a limit as to how far it can go. It isn’t able to make the sound as big as it should from the signal coming in, so it is actually ending up with a distorted version of the input because we are trying to make it work harder than it’s designed to do. 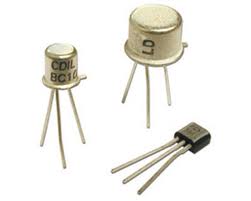 Transistors do about the same thing as tubes. They make the input bigger, and it does a good job of that, but they too have their limits. So, what we have are a lot of people who want that warm sound of the tube amps or the distorted sounds they make. Well the engineers went to work on that as well. Clean sounds and distorted sounds, check. There you have it, but there’s no in betweens. The tube distorts as it goes. The transistors are too predictable. They reproduce the sound exactly (in theory) and then it just chops the rest off. The tube doesn’t know it’s suppose to distort, it just does it automatically. The transistors do what they’re told to do and that’s it. They don’t flow into it like the tubes do. So in a lot of ways, it looses its transition or “sweet spot”, and that’s the part of the sound that is so appealing. The affect that the transistor has on the music is, it begins to sound sort of mechanical. The flow isn’t there.

Now, today we have what is called “digital modeling amps”. These amps basically use software that is designed to imitate a tube’s characteristics. But in my opinion, it still sounds mechanical because it’s still doing the exact thing every time. A tube isn’t predictable. It is the “Free Spirit” that travels down everyone’s Route 249.

I hope explains why there is such an appeal to tube amps, and I hope it has enlightened you to what is actually going on inside your amplifier.

Till next time, take care,