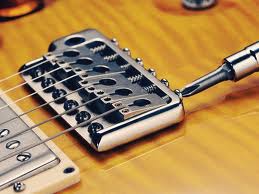 First of all, I would like to say that most acoustic guitars do not have adjustable saddles, the solid bridge is fixed and therefore, if the intonation is out, you may just have to live with it.

The intonation refers to the guitar being in tune with itself. The frets of the guitar have been placed at a specific place depending on the guitar’s scale. A guitar’s scale length  (or any fretted instrument) is the distance between the nut (or the open string) and the bridge’s saddle. In order to accurately determine an instrument’s scale length, measure from the front edge of the nut to the center of the 12th fret and double the result. This measurement not only determines where the frets are placed for proper intonation, but also has a profound effect on string tension and tone. I will give you an example:

Let’s look at two infamous guitar manufacturing companies; Gibson and Fender. These two companies use different scale lengths in their manufacturing process.  For the purpose of this example, both guitars are strung with the same gauge strings and tuned to the same pitch. With all things equal, Gibson (using the shorter scale length, 24.75″) will have less tension on the strings and therefore a looser feel than the longer Fender scale (using the longer scale, 25.5″). But, if you like lighter strings on your Fender guitar, a heavier gauge string would have a similar feel on the Gibson guitar. And just so you know, a heavier gauge string will  induce more voltage in your pickups and therefore result in a “thicker” tone with more output. 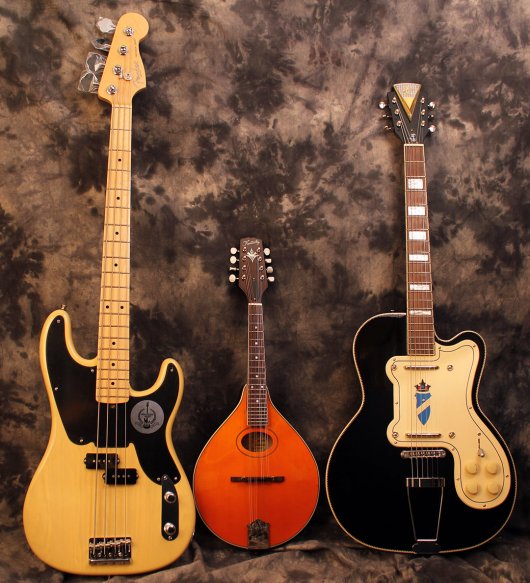 Now let’s look at how to adjust the intonation. Setting the intonation on a guitar or bass is the same. If you have a tuner, you can be more precise than to do it by ear, but we will discuss how to do each process. Both processes are basically the same. Start with the treble string or the bass string (which ever you prefer). Play the string’s harmonic on the 12th fret. Then place your finger on the 12th fret. Both notes should sound the same. If you are using a tuner, then the notes should be identical. If you are using your ear, then they should sound identical. If they do not, then you need to adjust the string’s length by adjusting the saddle for that string. The following guide should be used when adjusting intonation:

If the fretted note is sharp, you need to lengthen the string’s length. To accomplish that, move the saddle away from the fretboard.

If the fretted note is flat, you need to shorten the string’s length. To accomplish that, move the saddle towards the fretboard.

If you don’t trust your ear, I suggest investing in a tuner to do this job. I personally use a tuner even though my ear is capable of doing the job.The tuner is more accurate than my ear and I can do the job much faster anyways.

Once your intonation is set, your guitar will sound accurate wherever you play the notes on your fretboard. The only thing left to do is Adjust the Height of the Pickups. 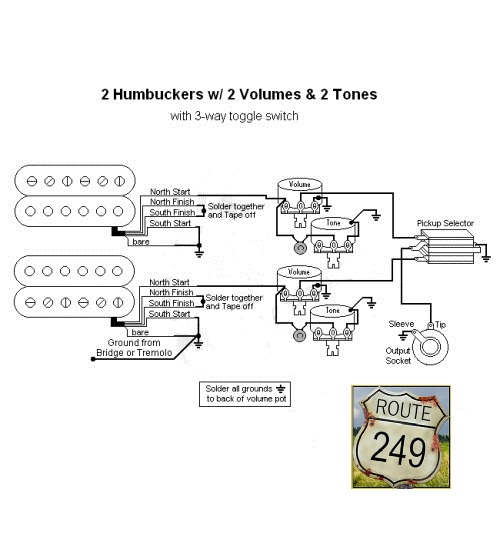